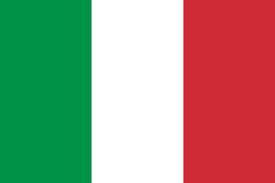 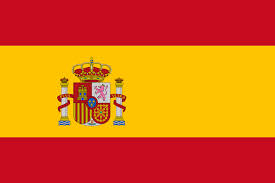 Summer 1992: The first students of University of Pavia that just came back from their period of study abroad, thanks of the Erasmus programme, realize that the student’s life of Pavia was lacking of something. Yes, there were the colleges, but they were quite elitist and above all, very “closed”.

It was lacking something of “European” open to everyone: to students from Italy, but mainly to those early foreign students that little by little, thanks to the Erasmus programme, were beginning to crowding the city of the second oldest University in Italy.

5 November 1992: the ST.E.P.’s deed of incorporation it’s signed - acronym of “STudenti Erasmus Pavia”. The association has the task to create and maintain a network between European Universities with the goals of boost the mobility of students involved in community programmes and develop the figure of the European student.

Since its foundation, ST.E.P. has a clear idea about which will be it’s destiny: indeed, in 1994 is one of the “seven sisters” founders of the Italian network “ESN Italia”, which refer to ESN International (Erasmus Students Network). It’s the prime mover of the network thanks to the spirit of its founders.

The years goes by, necessarily through ups and downs, bust ST.E.P. ESN Pavia make it to 2012: a very important date both for the Erasmus programme, which celebrate its 25 years, and for the association itself that celebrate 20 years. The double anniversary was celebrated in grand style: a conference with the participation of the mayor of the city, the president of the province, the Chancellor of the University and the journalist Beppe Severgnini. A gala dinner with the “history” of ST.E.P., the founders, the early members and big guests, as the coordinator of WSN International and of the project Social Erasmus, the Professor Corradi and the Professor Ann Katherine Isaacs. “ESN for Inclusion” for the Social Erasmus and a great party with all the Erasmus and friends of the association to celebrate the event.

If ST.E.P ESN Pavia in 2015 is still a benchmark for the international students, in visit for studies or internships, is thanks to the effort and the enthusiasm of many volunteers, who work hard to organize for them social and cultural events. The goal of the organization is to help the students in learning and improving the Italian language- through the “Tandem-evenings”, in which Italian and international students meet to learn each other’s language-, and to give them the possibility to get an insight into the Italian culture with trip and excursions in the most beautiful cities of our Country. In this contest the EuroDinner is one of the must-go event of ST.E.P ESN Pavia: Erasmus students and ESNrs from other universities are invited to join the team from Pavia for an international dinner, in which Italian and international students offer food and drinks from their country.

For ST.E.P. ESN Pavia 2017 is an important year, in which takes place the organization of the first edition of the International Students Cup, an event with three tournaments of three different sports- futsal, volleyball and basketball- in which the Erasmus students of Pavia and of seven others ESN sections participated. This ambitious event turned out to be a great success thanks to the collaboration in the organization of the ESN sections of Milano Statale, Milano Bicocca, Iulm Milano, Bocconi Milano, Politecnico Milano; and the participation in the tournament of ESN Castellanza e GEG-ESN Genova.

And after the success of the International Students Cup, there is more to come in the year 2017 for ST.E.P. ESN Pavia, which will celebrate its 25°Birthday,  in the same year of the 30° anniversary of the Erasmus Project, on Saturday 28th October 2017 with an important celebration hosted at the University of Pavia. The main event was the conference "Erasmus+: bridge to the future of Europe" to witch, among the many guests, also participated "Mamma Erasmus" (Sofia Corradi, the founder of the Erasmus Program).

The years still go on and the association never stops: every year the volunteers give their support to a constantly growing number of Erasmus, which now have reached the 400 units. The association has also a key role in the Italian Network and in the international one, with active members in several commission. And it’s not all, despite the age and despite is one of the oldest branches of the network, ST.E.P. ESN Pavia want to keep improving itself and improving the service offered, in order to be, always more, a point of reference for the foreign students which choose the city of Pavia as destination for their period of study abroad.

As association and as members of ESN, we strive to pursue the following goals: